Below is a brief overview of Respiratorius’ primary projects

As part of the scientific advisory process with the EMA’s Scientific Advice Working Party (SAWP) regarding clinical strategy, VAL001 was assessed as meeting the criteria to directly begin a Phase III study. Inclusion of about 700 patients should be satisfactory for such a study to be able to serve as a basis when applying for marketing authorization. VAL001 for the treatment of DLBCL received orphan drug status in Europe and the US, and patents were granted in the EU, the US, Japan and Korea. There is also a patent application for protection of a dedicated formulation.

RESP9000 –Drug for the treatment of COPD and asthma

RESP9000, a compound series with a favorable safety profile for which a patent application was recently submitted, has anti-inflammatory and bronchodilatory properties equivalent to those of RESP1000 and RESP2000, but is completely outside these compound series with respect to patents. The project is in a preclinical phase and is the company’s prioritized project for development of new medications for treatment of COPD and severe asthma.

The patent application for RESP9000 was recently submitted and has a priority date from 2018. 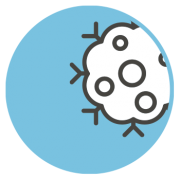 RESP1000 –Drug for the treatment of COPD and asthma

RESP1000 is a compound series of drug candidates with bronchodilatory and anti-inflammatory properties under development to enable treatment of both COPD and asthma. The project is in preclinical phase and in 2014 a license and collaboration agreement was signed with Cadila Pharmaceuticals Ltd. for preclinical and clinical development of selected drug candidates from the RESP1000 series.

Patents for RESP1000 have been granted in several countries. 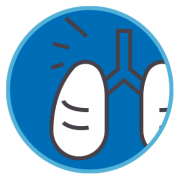 RESP2000 – Drug candidate for the treatment of COPD and asthma

RESP2000 is a series of new chemical substances, completely different from RESP1000, that have bronchodilatory properties and the potential to be developed into drugs for treatment of COPD and severe asthma. The RESP2000 compound series contains substances that affect the mitochondria (in simple terms, the cellular energy sources). In addition, certain exploratory studies will be conducted for other indications. This project is currently in early preclinical phase.

Patents for RESP2000 have been granted in several countries.

RESP3000 – for diagnosis of conditions such as cardiovascular disease

RESP3000 is a project aimed at diagnosing conditions such as cardiovascular diseases using PET imaging. The patent-protected RESP3000 compound series represents a further development of the RESP2000 compound series. Respiratorius has completed a study of RES3105, the selected candidate from the compound series, with promising results.

Patents have been granted in several countries.

Other research and development

Using the patent-protected substances that Respiratorius has developed as a point of departure, the Company is testing new indications. The Board of Directors believes that RESP2000 has a well-defined “mode of action” that can be traced to cellular mitochondria, for which reason the Board also envisions broad potential for uses in areas far removed from the original indications of COPD and asthma.Respiratorius constantly evaluates projects relating to additional drug candidates that are a good strategic fit for the Company. Projects in early development phase are given priority. 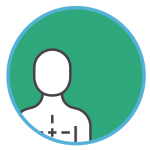